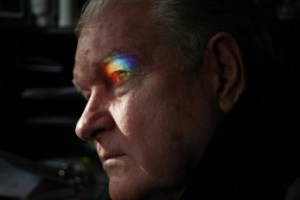 Doric Wilson was one of the first playwrights at NYC’s legendary Caffe Cino, his comedy And He Made A Her opening there in 1961, with Jane Lowry and Paxton Whitehead in the leads. Other Cino productions followed, including Now She Dances! (one-act version), Babel Babel Little Tower and Pretty People (with Nancy Wilder and the celebrated mime Tom Lawrence).

Originally from the Pacific Northwest, Wilson was raised on his grandfather’s ranch at Plymouth on the Columbia River of Washington State. He wrote his first play for his English Lit class at Kennewick High School, but was accused of plagiarism when his teacher Miss Shrives informed him that no student she taught would ever be able to write a play. He failed the course.

He received his early theater training under Lorraine Larson, apprenticed with Dorothy Seeburger and the Richland Players (WA), and studied briefly at the Drama Department of the University of Washington until he was asked to leave after he initiated a one person protest against anti-gay shootings at a nearby park. 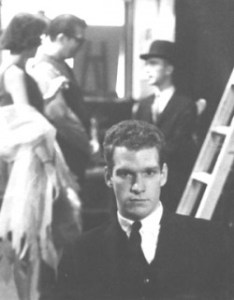 Wilson moved to NYC in 1958 where, under the mentorship of producer Richard Barr, he became a pioneer of the Off-Off-Broadway movement, writing, directing, producing and/or designing over a hundred productions and becoming a founding member of Circle Repertory Theater and the Barr/Wilder/Albee Playwright’s Unit.

A participant in all three nights of the Stonewall Riot, he became active in the early days of the New York Gay Liberation movement as a member of GAA (Gay Activist Alliance) and as a “star” bartender and manager of the post-Stonewall gay bar scene, opening such landmark institutions as the Spike, TY’s and Brothers & Sisters Cabaret.

Doric Wilson’s plays Street Theater (titled Stonewall 69 outside the US), The West Street Gang, Forever After and became staples of the emerging Gay Theater circuit, widely performed here and abroad and winning numerous honors, including The Villager and Chambers-Blackwell best play citations. In 1994 Wilson received the first Robert Chesley Award for Lifetime Achievement in Gay Theatre. He is a member of The Dramatist Guild and the Evette Society.

We depend on the support of people like you. Please consider contributing to TOSOS today.
Donate